We set the record straight on common myths about Guinness, perhaps the most popular Irish beer brand in the world.

Ireland, four-leaf clovers, and the color green probably come to mind when you think of St. Patrick's Day. Oh, and beer. Lots and lots of beer. And since Guinness is perhaps the most popular Irish beer brand in the world, chances are your local watering hole will be offering specials on it come March 17. Want to impress your friends? Buy them a round, and then set them straight on these common myths about the black brew.

Myth: Guinness Is High in Alcohol

Guinness isn't boozier than most other beers. In fact, it contains less alcohol by volume than a typical draught. An average beer contains 5% ABV, while Guinness clocks in at just 4.2%. So this St. Paddy's Day, Guinness is a smart choice if you're feeling festive but you want to take it easy (the holiday does fall on Monday, after all).

Myth: Guinness Is High in Calories

Guinness, a stout-style brew, is known for its creamy texture, dark color, and rich, caramel-tinged flavor. That means it must be high in calories, right?

Not so fast. A 12-ounce serving of Guinness sets you back 125 calories—just 15 more than the same serving of Bud Light. Alcohol is beer's main calorie source, and since Guinness is just 4.2% ABV, it's relatively low in calories. The dark color and sweetness come from small amounts of roasted barley used in the brewing process. And that thick, creamy texture?

Most beers are carbonated with carbon dioxide, but Guinness uses a mix of CO2 and nitrogen. Nitrogen bubbles are smaller than CO2 bubbles, which produces a smoother "mouthfeel," as beer nerds call it.

Myth: "Guinness Is Good for You"

This one's more of a half-myth. "Guinness is Good for You" was born as a catchy marketing slogan in the late 1920s, and wasn't based on any scientific proof that drinking beer actually had any health benefits.

Today, some experts actually do believe that moderate alcohol consumption (including beer, wine, and spirits) could be good for you. Dozens of studies have shown an association between moderate drinking—that's one drink a day for women, two for men—and a reduction in the risk of heart attack or dying of cardiovascular disease. And other research suggests that light drinkers gain less weight in middle age than those who abstain.

At the same time, however, other studies have shown a correlation between moderate alcohol consumption and increased risk of breast cancer. And of course, excessive drinking causes a slew of other health problems including liver damage, several types of cancer, and decreased brain function.

Bottom line: Go ahead and have a Guinness or two on St. Patrick's Day. But if you want to boost your health, you'd probably be better off eating something green, like kale or spinach.

Does Drinking Alcohol Make You Gain Weight?
5 Ice Cream Brands You Can Eat on the Keto Diet (Really) 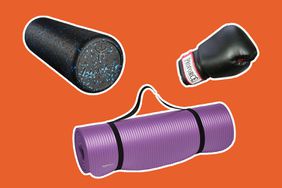