Brain Games and Exercise: A Drug-Free Treatment for ADHD?

Not much is known about what causes the telltale symptoms of attention deficit hyperactivity disorder (ADHD)—impulsivity, inattention, and inability to sit still. But research suggests that it has to do with a deficiency of dopamine, a chemical in the brain that helps regulate behavior, mood, and movement.

To treat ADHD, doctors typically prescribe stimulant medication such as Ritalin, which has been shown to increase the availability of dopamine in the brain. But what if there were an all-natural way to increase concentration and attention span?

Exercises For Your Brain

The title of Dr. Gimpel's book is certainly controversial: Most medical experts agree that there is no "cure" for ADHD. Medication can be used to control symptoms, and learned techniques can improve attention and organization in patients with ADHD. But in most cases, the condition either goes away on its own after childhood or remains with a person throughout his or her adult life.

But Dr. Gimpel and others have also begun looking at something they call "brain exercise therapy" (BET): mental and physical workouts that they claim build brain mass and neural pathways. By engaging in activities that require new skills and problem-solving, patients can stimulate neuron growth, according to Dr. Gimpel. The more neurons that are stimulated, the more connections are created in areas of the brain that are deficient in neurotransmitters.

"Many ADHD adults are successful, but their lives are very disorganized. There's no clear direction or consistency," says Dr. Gimpel, a board-certified psychiatrist and neurologist and head of the Brain Power Clinic in Jerusalem. Any activity that requires new ways of thinking, done on a regular basis, can help this disorganization, he adds. BET games such as juggling and chess teach strategy, memory, and planning skills.

What Exactly Do These Games Do?

"In each brain cell, we have a little fuel tank, like a car," explains Dr. Gimple. "The trouble with ADHD patient is that this tank of fuel has holes, so you don't have fuel to allow for effective stimulation between brain cells. But if you do these activities, you are creating new cells—you're adding more fuel."

However, much like one visit to the gym won't build muscle mass, these changes don't normally occur until after 50 to 70 hours of BET, according to Dr. Gimple.

While there have been no published studies examining Gimpel's theory in people with ADHD, other research suggests that some mental activities can aid concentration.

Early results from a Wake Forest University study show that attention training can change brain activity and improve concentration in people ages 65 to 75. The Wake Forest researchers suggest that crossword puzzles and Sudoku-type games are two easy ways for older adults to keep their minds young.

Get Physical to Get Results

The best ways to build these brain muscles seem to be exercises that combine mental and physical activities, such as karate, dance, and yoga. Exercise alone increases levels of dopamine, which could improve concentration for hours after completion. But combine that exercise with a deep mental focus and patients may see even more positive results.

"I have businessmen that do not hold meetings unless they're between 9 and 11 in the morning," says Dr. Gimpel. "They go to the fitness center in the morning and create those perfect two hours of concentration without medication."

Martial arts such as tae kwon do have been shown to increase homework completion, academic performance, and classroom preparation while decreasing classroom misbehavior in male children diagnosed with ADHD, according to an unpublished 2004 dissertation written by Matthew K. Morand, Psy.D. "Any exercises that involve the coordination of complex movement stimulate the brain activities," says Dr. Gimpel.

Though some of these theories are backed by research, there have been no definitive studies to show that brain exercises "cure" ADHD, says David Rabiner, PhD, director of undergraduate studies for the Department of Psychology and Neuroscience at Duke University. "There are only two kinds of interventions with reasonable evidence: medicine and behavioral therapy," he adds.

Rabiner explains, however, that there have been promising studies done around neurofeedback, a controversial treatment that attaches painless electrodes to a patient's scalp and measures brain frequency. Using video, computer, and sound, the patient then learns to control his or her brain waves by learning to produce a desired outcome on the screen.

Studies have yet to show long-term benefits conclusively, but they have shown a positive effect on IQ and attention span. Currently, researchers at Ohio State University are conducting a study on neurofeedback in the context of computer games.

The lack of evidence has not stopped companies from marketing this technology to the public. SmartBrain Technologies sells an in-home video game system that uses the principles of neurofeedback.

Though alternative therapies for ADHD do seem promising, most experts—including Dr. Gimpel—arent ready to abandon pharmaceutical therapies. "I don't underestimate the value of medication," he says. "The trouble with medication is that it's a temporary solution to a medical situation. I advocate starting with medication and then immediately start new brain activities to replace medication." 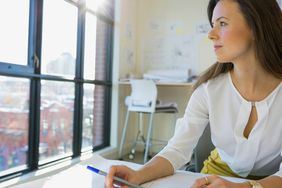 Can't Focus? How To Tell When It's Time To Try ADHD Medication