Multitasking is overrated. Here are some surprising ways it can make you less—not more—efficient.

We all do it: Texting while walking, sending emails during meetings, chatting on the phone while cooking dinner. In today's society, doing just one thing at a time seems downright luxurious, even wasteful.

But chances are, you're not doing yourself (or your boss, or your friends and family) any favors by multitasking your way through the day. Research shows that it's not nearly as efficient as we like to believe, and can even be harmful to our health. Here are 12 reasons why you should stop everything you're doing—well, all but one thing—and rethink the way you work, socialize, and live your life.

You're Not Really Multitasking

What you call multitasking is really task-switching, says Guy Winch, PhD, author of Emotional First Aid: Practical Strategies for Treating Failure, Rejection, Guilt and Other Everyday Psychological Injuries. "When it comes to attention and productivity, our brains have a finite amount," he says.

"It's like a pie chart, and whatever we're working on is going to take up the majority of that pie. There's not a lot left over for other things, with the exception of automatic behaviors like walking or chewing gum." Moving back and forth between several tasks actually wastes productivity, he says, because your attention is expended on the act of switching gears—plus, you never get fully "in the zone" for either activity.

It's Slowing You Down

Contrary to popular belief, multitasking doesn't save time. In fact, it will probably take you longer to finish two projects when you're jumping back and forth than it would to finish each one separately. The same is true even for behaviors as seemingly automatic as driving: In a 2008 University of Utah study, drivers took longer to reach their destinations when they chatted on cell phones.

"What tends to save the most time is to do things in batches," says Winch. "Pay your bills all at once, then send your emails all at once. Each task requires a specific mindset, and once you get in a groove you should stay there and finish."

It's Stressing You Out

When University of California Irvine researchers measured the heart rates of employees with and without constant access to office email, they found that those who received a steady stream of messages stayed in a perpetual "high alert" mode with higher heart rates. Those without constant email access did less multitasking and were less stressed because of it.

And it's not only the physical act of multitasking that causes stress; it's the consequences, as well, says Winch. "If you do poorly on an exam because you studied while watching a baseball game on TV, that can certainly trigger a lot of stress—even self-esteem issues and depression."

You're Missing Out on Life

Forget seeing the forest for the trees or the glass half full—people who are busy doing two things at once don't even see obvious things right in front of them, according to a 2009 study from Western Washington University.

Specifically, 75% of college students who walked across a campus square while talking on their cell phones did not notice a clown riding a unicycle nearby. The researchers call this "inattentional blindness," saying that even though the cell-phone talkers were technically looking at their surroundings, none of it was actually registering in their brains.

Your Memory May Suffer

It makes sense that if you try to do two things at once—read a book and watch television, for example—that you're going to miss important details of one or both. But even interrupting one task to suddenly focus on another can be enough to disrupt short term memory, according to a 2011 study.

When University of California San Francisco researchers asked participants to study one scene, but then abruptly switched to a different image, people ages 60 to 80 had a harder time than those in their 20s and 30s disengaging from the second picture and remembering details about the first. As the brain ages, researchers say, it has a harder time getting back on track after even a brief detour.

It's Hurting Your Relationships

"This is an area where I think multitasking has a much bigger effect than most people realize," says Winch. "A couple is having a serious talk and the wife says 'Oh, let me just check this message.' Then the husband gets mad, and then he decides to check his messages, and communication just shuts down."

One recent study from the University of Essex even shows that just having a cell phone nearby during personal conversations—even if neither of you are using it—can cause friction and trust issues. "Do your relationship a favor and pay your partner some exclusive attention for 10 minutes," says Winch. "It can make a big difference."

It Can Make You Overeat

Being distracted during mealtime can prevent your brain from fully processing what you've eaten, according to a 2013 review of 24 previous studies. Because of that, you won't feel as full, and may be tempted to keep eating—and to eat again a short time later.

Experts recommend that even people who eat alone should refrain from turning on the television while eating, and to truly pay attention to their food. Eating lunch at your computer? Slow down and take a break from the screen to focus on each bite.

You're Not Actually Good at It

Yes, you. You may think you're a master multitasker, but, according to a 2013 University of Utah study, that probably means you're actually among the worst.

The research focused specifically on cell phone use behind the wheel, and it found that people who scored highest on multitasking tests do not frequently engage in simultaneous driving and cell-phone use—probably because they can better focus on one thing at a time. Those who do talk and drive regularly, however, scored worse on the tests, even though most described themselves as having above average multitasking skills.

It's Dampening Your Creativity

Multitasking requires a lot of what's known as "working memory," or temporary brain storage, in layman's terms. And when working memory's all used up, it can take away from our ability to think creatively, according to research from the University of Illinois at Chicago.

"Too much focus can actually harm performance on creative problem-solving tasks," the authors wrote in their 2010 study. With so much already going on in their heads, they suggest, multitaskers often find it harder to daydream and generate spontaneous "a ha moments."

No, not the state! Psychiatrists and productivity experts often recommend OHIO: Only Handle It Once. "This is a rule of thumb for many people with ADHD, but it can also be practiced by anyone who wants to be more organized," says Winch. "It basically means if you take something on, don't stop until you've finished it."

The problem with multitasking, though, is that it makes Only Handling It Once a near impossibility—instead, you're handling it five or six times, says Winch. "If you're going to stick to this principle, you need to be disciplined and plan out your day so that when a distraction arises or a brilliant idea occurs to you, you know that there will be time for it later."

It Can Be Dangerous

Texting or talking on a cell phone, even with a hands-free device, is as dangerous as driving drunk—yet that doesn't stop many adults from doing it, even while they have their own children in the car.

It's not just driving that puts you at risk for the consequences of multitasking, either. Research also shows that people who use mobile devices while walking are less likely to look before stepping into a crosswalk. And in one study, one in five teenagers who went to the emergency room after being hit by a car admitted they were using a smartphone at the time of the accident. 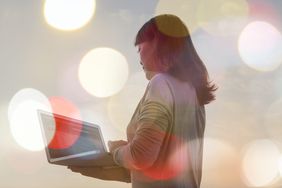 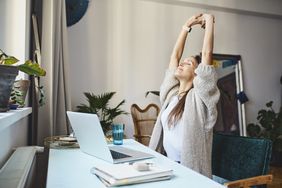