Whether it's red and bumpy, capped with a whitehead or blackhead, painfully swollen under the skin, or scattered across more than just your face (hey, bacne!), acne is acne, right? It's caused by the same stuff and treated the same way, no matter where it is, what it looks like, or how it feels.

Well, hate to break it to you, but this is actually totally untrue. Not all types of acne are the same; fungal acne, in particular, has an entirely different cause than most other types, which means—you guessed it—the treatment is different, too.

Here's what you need to know about fungal acne, including environments that may increase your risk, how to identify it, and what you can do to treat it.

What Is Fungal Acne?

Most typical forms of acne are caused by clogged pores. The source of the clogging can be varied between people who have it: For example, hormones, skin care products, and diet can each play a role, according to the American Academy of Dermatology Association. However, the acne itself is essentially the same.

Something clogs the teensy hair follicles on your skin and your skin responds with irritation in the form of red, raised bumps, aka pimples, which may or may not have a white or black opening, or "head."

Also known as pityrosporum folliculitis, fungal acne has an entirely different source: a yeast called Malassezia. "Malassezia yeast is a normal inhabitant of our skin, but it can overgrow in certain conditions," Ashley Jenkins, MD, a dermatologist at the University of Missouri Health Care, told Health. When it does, it causes inflammation of those same hair follicles and can result in acne.

Because an overgrowth of the Malassezia yeast is the culprit behind fungal acne, the common causes for the condition are situations and environments that promote rapid yeast growth.

According to the American Osteopathic College of Dermatology (AOCD), those can include:

There are also some populations that can be slightly more prone to fungal acne: "It's most common in adolescents and young males, but can happen in females, too," Dr. Jenkins said.

What Are the Symptoms of Fungal Acne—And What Does It Look Like?

Fungal acne is common on the chest and back, per the AOCD. Dr. Jenkins said this is because of how those areas are often covered by our clothing (and thus more prone to becoming hot, sticky, sweaty, and poorly ventilated).

Fungal acne may or may not look like typical acne; it's often itchy, with a rashy, uniform appearance. The red bumps also tend to appear at the same time.

"It may present more suddenly and the breakouts tend to be monomorphic, [which means] all areas look similar," Amie Sessa, MD, a Maryland-based dermatologist, told Health. "They more often have pustules and are often itchy."

What Are the Treatment Options for Fungal Acne?

Because fungal acne isn't caused by oil production, you can't slap some salicylic acid on an outbreak and assume it will go away. You have to target the overgrowth of yeast on your skin if you want to reduce your fungal acne.

If your acne is mild, Dr. Sessa advised, you can start by using an over-the-counter antifungal cream or even shampoo, like Nizoral, to control the balance of yeast on your skin. However, this may not work well enough for you, in which case you should probably head to the dermatologist for professional treatment.

"Most commonly, you will need an oral medication [like an antifungal], as the yeast can be too deep in the follicles for the topical medications to get to," said Dr. Sessa. "Often, we will recommend a medicated wash as maintenance if someone becomes prone to this condition."

Unfortunately, you probably will have to do some maintenance for a while if you've developed a case of fungal acne.

"It has a tendency to recur because many of the ongoing risk factors won't change overnight," said Dr. Jenkins, explaining that adolescent hormones can rage for several years (and you aren't going to just move out of the humid climate you live in just because you have acne).

Can You Prevent Fungal Acne?

Since everyone has Malassezia yeast on their skin, you can't get rid of it completely—and that makes prevention of fungal acne tough, especially since both Dr. Sessa and Dr. Jenkins said some people are just prone to it.

Instead, your goal is to find a routine that helps you keep the yeast in check. Yeast feeds on oily skin, according to the AOCD, and may grow more when your skin hasn't been thoroughly cleansed.

Some strategies that may be beneficial in taming an overgrowth of Malassezia include:

While typical hormonal acne and fungal acne can both be annoying, that's where the similarities tend to end. Fungal acne is caused by an overgrowth of Malassezia yeast that lives on the skin and requires different treatment than hormonal acne (think: topical creams and antifungals, not just salicylic acid). If you think your acne may be fungal, it's best to schedule an appointment with a dermatologist to help you fight it off. 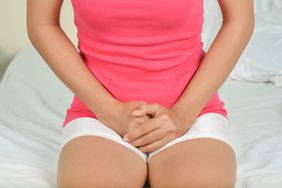