Just a few hours of exercise a week can make a huge difference.

Kaitlin Sullivan
Kaitlin Sullivan is a health and science journalist based in Colorado. She's been part of multiple award-winning investigations into health topics including the international medical device industry and maternal mortality in New York City.
health's editorial guidelines
Fact checked by
Nick Blackmer
Fact checked by Nick Blackmer
Nick Blackmer is a librarian, fact-checker, and researcher with more than 20 years of experience in consumer-facing health and wellness content.
health's fact checking process

Two recent studies—both published in the British Journal of Sports Medicine—have found that pairing muscle-strengthening exercises with aerobic physical activity further lowers the risk of death from any cause (with the exception of cancer) than either type of exercise alone.

“Our finding that mortality risk appeared to be lowest for those who participated in both types of exercise provides strong support for current recommendations to engage in both aerobic and muscle-strengthening activities,” one set of study authors wrote.

Though both types of exercise are recommended—150 weekly minutes of moderate-intensity aerobic activity or 75 weekly minutes of vigorous activity, and at least two muscle-strengthening days a week—data on the mortality benefits of weightlifting are limited. The new studies set out to change that.

"It really enlightens this arena of what kind of exercise we should do," John Osborne, MD, PhD, director of the State of the Heart Cardiology in Dallas, Texas, told Health.

Here's what to know about the benefits of weight training paired with aerobic activity, and how to easily add the two into your daily practice.

For the most recent study, published in September, researchers from the National Cancer Institute used data collected by the Prostate, Lung. Colorectal, and Ovarian Cancer Screening Trial, which began in 1993. The trial included information from more than 150,000 men and women between the ages of 55 and 74, collected from 10 different cancer centers across the U.S.

In 2006, some of the participants were surveyed exercise habits—both weightlifting and aerobic exercise. Nearly 100,000 people completed the survey, and were followed up with through 2016.

The researchers found that while any amount of exercise noticeably improved overall health, those whose weekly exercise regimens combined cardio with one to two days of muscle strengthening were 41% less likely to die during the trial from any cause, except cancer, compared to those who did not exercise at all. People who just did aerobic activity reduced their risk by 32% and weight lifting alone reduced their risk by 9%.

“We are very fixated on cardio exercise and there is a benefit, but especially so when cardio is paired with at least two days a week of full body strength training,” lead study author Jessica Gorzelitz, PhD, an assistant professor of health promotion at the University of Iowa, told Health.

Gorzelitz added that the results of her study were able to show a significant benefit among elderly adults, since the average age in the study was 71 years. Sex also seemed to play a role.

“The association was super consistent for race, ethnicity and smoking status, but there was an influence for sex. Both sexes benefited, but women did more,” she said.

The second study, published in the BJSM in August, showed similar results.

For that study, researchers from Brigham Young University examined data from more than 416,000 American adults who were included in the National Health Interview Survey between 1997 and 2014. They tracked how many people had died during that window of time using the National Death Index. They found that just a little bit of exercise went a long way.

Compared to people who didn’t exercise at all, those who exercised for just one hour per week had a substantial reduction in mortality risk.

The benefits grew until about three hours of weekly exercise, and then slowed, meaning there was a much smaller added benefit of exercising more than three hours a week, but a substantial benefit to exercising at least that much.

Getting around three hours of aerobic exercise and strength training twice a week reduced all-cause mortality by 30%, regardless of the participants’ age or gender.

“There are very few things you can do that give you that benefit,” study co-author Arden Pope III, PhD, a professor of economics who studies public health and an Honorary Fellow of the American College of C​hest Physicians, told Health.

Though both studies were observational, meaning they relied on self-reported data outside of a controlled environment, the findings were in-step with federal guidelines on exercise.

The Physical Activity Guidelines for Adults, published by the U.S. Department of Health & Human Services, recommends people get at least 150 minutes (2.5 hours) of moderate-intensity physical activity each week. If you pump your activity level up to vigorous-intensity exercise, you can do just 75 minutes per week.

While 150 or 75 minutes may sound like a lot, the guidelines recommend not getting all of your aerobic activity in at once—you can cut it down to 30 minutes a day, five days a week.

Cardio or aerobic exercise is anything that gets you breathing harder, and your heart beating faster. Moderate-intensity exercise can look like walking fast, pushing a lawn mower, or even leisurely riding a bike. Vigorous-intensity exercise steps it up and can include jogging, swimming laps, or cycling fast or on hills.

The guidelines also have recommendations for muscle-strengthening activities. On at least two days each week, you should do activities that work all the major muscle groups in your body: legs, hips, back, chest, abdomen, shoulders, and arms. Using resistance bands, dumbbells or kettlebells, or even your own bodyweight counts as muscle-strengthening.

For both studies, researchers used something called "all-cause mortality" as a benchmark for how effective the two different types of exercise were in improving longevity.

This essentially examines a person’s risk of dying during the study timeframe, which can give researchers a good idea of how an intervention can help a person live a longer, healthier life.

“We can’t make people immortal, but we can delay death from common diseases such as heart disease and cancer,” said Dr. Osborne, noting that a study that shows a reduction in all cause mortality is, “highly meaningful because there are very few interventions that we can do that actually reduce all cause mortality.”

Regarding the protective benefits of combined cardio and strength training, researchers aren't entirely sure how the two can help stave off disease, but according to Dr. Osbourne, who was not involved in the new research, the activities "start a very positive cascade."

“Aerobic activity is certainly good for weight loss and that is a tremendously effective tool for treating [many] conditions,” he said. These include high blood pressure, diabetes, liver disease, joint disease, high cholesterol, sleep apnea and acid reflux.

Aerobic activity increases blood flow and therefore the amount of oxygen in the blood. This translates downstream to improvements in insulin resistance and so-called “bad” LDL cholesterol, which both impact how much visceral fat—fat that surrounds the organs in the belly—a person has. High amounts of visceral fat leads to lots of common health conditions including heart and liver disease, said Dr. Osborne.

Weight training, on the other hand, builds muscle.

“We know that 80% of your glucose sugar clearing is mediated via the muscles, so things that develop muscle improve glucose processing and blood sugar,” said Dr. Osborne, noting that improved glucose metabolism lowers a person’s risk for insulin resistance, heart disease and type 2 diabetes.

How strength training might further impact the body’s physiology is currently under investigation, but the benefit is clear, said Gorzelitz

“We know that people who have more muscle mass and less fat have a lower risk of death,” she said.

Incorporating Strength Training and Aerobic Activity Into Your Routine

Neither study tested how the benefits of specific forms of exercise might differ, such as running versus cycling, or full body weight training versus kettlebell workouts, but experts agree that the specific activity doesn’t matter much.

“The most important thing is to move," said Dr. Osborne. "Move as much as you can and as many days a week as you can. Find something that fits into your lifestyle and mix it up."

According to Gorzelitz, activities don’t have to be intentional, such as lifting weights at the gym or doing an at-home kettlebell workout or going on a run.

Everyday tasks such as carrying groceries count as a strength-building exercise, and taking the stairs instead of the elevator are examples of aerobic exercise. Enjoying exercise and sneaking it into your daily routine will help you stick with it, which is the most important thing, even if it’s just a little bit, she added.

“If you’re looking to improve your health and live longer," said Pope, "it doesn’t take that much exercise." 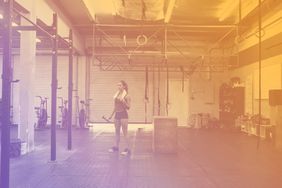 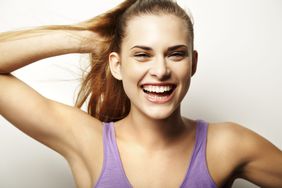