"What a ride it has truly been!"

Tallulah Willis has been open in the past about picking at her skin, and now, she has something new to tell followers on Instagram: She's been able to resist picking for months. "Updates from an antsy-handed chronic picker!" she captioned a series of selfies. "We have *ascended* to peak alien dewy supple goals."

Willis, 27, shared that she hasn't touched her face in four months. "I don't think I've ever used this many emojis, or felt so motivated to brag - but I am truly forkin proud !!!" she wrote, before noting some scabs she'd dealt with in the past before a Good Morning America appearance and Vogue photo shoot. "What a ride it has truly been!" she said. "All this being said, I am most likely going to sabotage all this progress, but until then I am going to marinate in an attitude of gratitude."

While chronic skin-picking is sometimes called excoriation or dermatillomania, Willis has not said this is something she has been diagnosed with. Instead, she's simply referred to her experience as "picking" and "skin obsessing." Dermatillomania, which is marked by repetitive scratching, picking, pulling, squeezing, scraping, lancing, rubbing, digging, or biting of the skin, is considered part of the obsessive-compulsive spectrum, according to the National Eczema Association.

4 Tips for Not Touching Your Face, Since It's So Hard to Stop

Willis shared in July of last year that she tends to pick at her skin when she feels anxious and depressed. "A couple of months ago my skin became the vessel of all my heightened anxiety/fear/depression," she captioned a post featuring several photos of her face. "In addition to severe breakouts from forehead to chin, I broke out in rashes, had 1st-degree burns from retinol mishaps, and gauged my skin with scary metal 'acne tools.'"

At the time, she said she reached out to a skin health specialist for help. "Picking and skin obsessing are not a vapid, vain, or 'girlie' issue," she continued. "It can be traced back to deeply painful OCD behaviors that impact the state of your psyche."

In April of this year, Willis shared that she was picking her skin again. "Here we are scabby and red, not a brand new experience for me nor do I imagine a lot of you," she said. "This round's culprit was moving stress — feeling out of control so zeroing in on something I CAN control, thus fingernails met face, facialist & dermatologist sighed and the healing process commenced."

Willis then acknowledged that she's only human and that the healing process isn't linear. "I won't say I am disappointed in myself because I'm just having a human experience and self-punishing a coping mechanism that I'm trying to deprogram doesn't happen overnight!!" she wrote. "So sending love to my fellow pickers as always — and will be updating with results products used once the face is fully calmed." 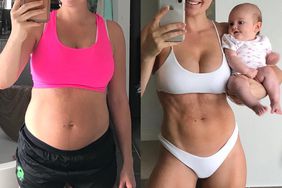 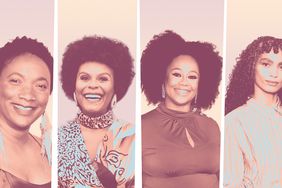 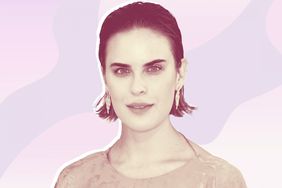