From finally slowing down to learning to set boundaries, the star of The Marvelous Mrs. Maisel shares how she takes care of herself.

As Midge Maisel, Rachel Brosnahan plays a fast-talking New Yorker who has jokes for days. In real life, the actress is equally engaging—just in a slightly different way. Where Midge talks a mile a minute and commands the room with her brazenness, Rachel speaks thoughtfully and with purpose. She's the type of person who makes you want to lean in closer so you don't miss a word.

When Health catches up with her, saying goodbye to 2021 is top of mind for the 31-year-old actor. That's because she is in the middle of production as an executive producer on Yearly Departed, an Amazon Prime special in which female comedians look back at the past year and eulogize it (season 2 airs in December).

So, what's Rachel excited to leave behind? "I am ready to say goodbye to Zoom and see people in person and hug again," she says. And while she knows just how tough the past months have been for so many, she acknowledges a silver lining. For her, it has allowed her to slow down.

"I've been so fortunate—traveling all over the world, working on this incredible show, starting a production company, and having adventures with my friends. But I was tired," she says. "I feel grateful to have had the opportunity to catch my breath and grow closer to even my closest friends, who became family during this time." Here, Rachel reveals more moments of self-discovery.

Season 4 of The Marvelous Mrs. Maisel is coming soon. What continues to excite you about the role?

This job has been one of the greatest gifts I've ever been given. It sounds corny, but I mean it. It's been fun to watch people continue to develop these characters over time. I am excited by the fact that I'm still terrified. Every time I get a new script, every time I show up on set, I'm petrified. And that's a rare gift four seasons into something.

I am excited by the fact that I'm still terrified.

In addition to acting, you've started your own production company. Tell us about it.

We work with artists, whether they be writers or directors or fellow producers, from the germ of an idea all the way through its completion. A big priority of ours is expanding the world that we see on-screen and onstage. There's still a lot of work to do within our industry to have an on-screen and onstage world that reflects the one that we live in. There are so many stories that have yet to be told. We've found ourselves working predominantly with women, which has been delightful in a way that I don't even know I expected.

You are on the board at Covenant House, which provides food, shelter, and crisis care to homeless and runaway youth. What inspired you to get involved?

In 2013, I was invited by some members of the Broadway community to join the Covenant House Sleep Out in support of the organization and the work that they do. And they presented it as an invitation to spend some time with some of the young people who called Covenant House home. I was struck by an experience I had with a young man who was 23. He was talking to me about how he ended up at Covenant House, and what his dreams and hopes and goals were. I was also 23 and was struck by how, with a few small shifts in circumstance, we could be sitting on other sides of the table. It didn't feel fair, and it didn't feel right.

What do you want people to know about homeless youth?

That they are just like us. Young people who are overcoming homelessness at Covenant House are our future doctors, teachers, lawyers, and mothers and fathers. They are our brothers and sisters. They are somebody's children. And they have hopes, dreams, goals, fears, triumphs, and low points—just like everybody else. And they are extraordinary. They are so resilient and courageous, and they have the ability to take the experiences that they have had and enrich our world so greatly. They just need an opportunity.

It's a commitment to striving for balance, even if balance is a fantasy. There's obviously only so many hours in the day to juggle family, friends, work, and physical and mental health. And sometimes you just have to listen to your body, your heart, and literally your gut, and figure out what you need. As I get older, I do believe that you can have it all, I just don't believe that you can have it all at once. Accepting that has made me so much gentler with myself and with people around me, as we all try to navigate whatever that balance looks like for ourselves.

How do you take care of your physical health?

I always envy in magazines like Health when I read about people who get up every morning and work out. I'm shouting from the rooftops that I have found that impossible. I have never been able to have a set routine. Once I realized that it was OK that my physical health journey wouldn't look like other people's, it became about finding ways to do what I can, when I can. I travel a lot for work and my hours are super inconsistent. I use an app that lets you drop in on various classes wherever you are. I was recently [filming] in New Mexico and started taking Pilates, which I love. I've noticed a big difference in my posture and core strength.

Karen Lord Demonstrates 5 Pilates Exercises You Can Do at Home

Once I realized that it was OK that my physical health journey wouldn't look like other people's, it became about finding ways to do what I can, when I can

What about your mental health? How do you stay on top of that?

I am so grateful to have access to therapy and believe that it should be more accessible for everyone, because therapy is the greatest thing. I also cuddle my dogs as often as I possibly can. And I've recently stopped working on the weekends. There's a 24-hour news cycle, we're accessible 24 hours via social media, and are expected to answer emails 24 hours a day. I've found that quite unhealthy for me. So, I have tried as often as possible to really put down work on the weekends. I preserve that time to see friends and family and take the dogs on a long walk.

What's something you've done that you're really proud of?

That's such a lovely question it makes me kind of emotional. I'm not someone who is good at acknowledging that kind of question in my life. I'm somebody who has a difficult time celebrating myself but loves to celebrate other people. I'm probably most proud of becoming better at saying no and creating boundaries around my personal time. Being an actor, there's recognition that I'm so lucky to be here, and that every job could be the last. And I think sometimes that leads to this mentality that you have to say yes to everything as it comes up. But that's a fast recipe for burning out. So, I've become better at protecting my personal time and my physical and mental health. There was a period where I missed so many important life events. I missed a lot of weddings. I missed my own college graduation for my job. I was hustling, pounding the pavement. And I don't regret it, but as I move forward, it's important to protect those personal things. I'm proud that I continue to get better at that as I get older. 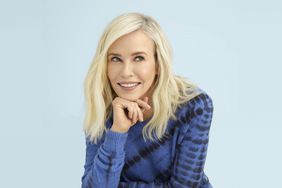 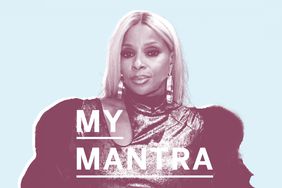