Why Queen Latifah Hasn't Been Focused on Weight Loss

"Luckily I have people who are like, 'Yeah, that's not going to happen. She's not losing weight for you.'"

For years, celebrities have been asked to lose weight for on-screen roles. Now, in an interview with model and body-positive advocate Hunter McGrady for Yahoo Life, Queen Latifah is talking about her own similar experiences in the industry.

"I have felt that pressure and I've literally been asked to lose weight, through my people the word came," Latifah said. "Luckily I have people who are like, 'Yeah, that's not going to happen. She's not losing weight for you.'"

Latifah said those requests made her "angry, because I felt like I was fine. I'm what people look like."

She remembered thinking, "You want me to lose weight? Why? So there's a whole bunch of women out there who won't have someone to relate to on TV, is that what you're trying to get at?" She continued, "Honestly, I knew by me standing up, I was actually standing up for some other people."

Latifah has now joined Novo Nordisk's "It's Bigger Than Me" campaign, which exists to help educate people about obesity and remove the stigma that surrounds it. "It's time to take this seriously and talk about what's really going on," Latifah wrote in a recent Instagram post. "Don't let stigma keep you from seeing the signs of this serious health condition."

"People are misinformed or uninformed," Latifah told Yahoo Life. "If they could understand what is really underlying it, including ourselves. Judging ourselves, shaming ourselves, saying we're not good enough, we haven't worked hard enough, we didn't try enough. No, sometimes it's not you, it is your genetics. It is your DNA. It's your body."

In an interview with Essence, she recalls a moment when she was a teenager where she decided to be positive about her body and herself. "Around 18, I just remember looking in the mirror and I said to myself, I was like, 'Dana, you have a choice. You are either going to choose to love yourself, or you're going to choose to hate yourself. What you going to do?' And I chose to love myself," she said.

Latifah told Essence that she and other cast members were asked to lose weight when they were on Living Single in the '90s. "It was like, what? Now mind you, we have the number one show among Black and Latino, Latinx audiences, at the time. And we have a hit show and you're telling us we need to lose weight," she said. "Telling us this exactly. Why are you telling us this? We look like real people. We look like real women. We all look different. And those are the kind of things that come to you that can chip away at your self-esteem. That's the kind of insensitivity that we're fighting against right now. That's the kind of shame planting that can destroy self-esteem."

She said she's comfortable with her body, and went on to say, "I'm content with being who I need to be right there, right in the moment, right now. But I'm an actor, so if I want to change something for a specific character — some characters I think need to be bigger and fuller, more voluptuous. Some characters, I think, need to be more fit, not fit in terms of health, but fit in terms of muscle tone. And so I work to do that."

In general, though, Latifah said she's "happy with me," adding, "I've accepted me for me." 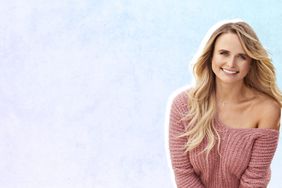 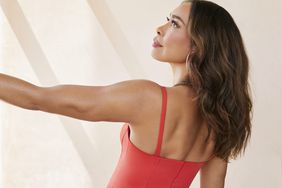 Rebel Wilson Opens Up About How Her Weight Loss Is Linked to Her Fertility Journey
The Problem With Body Positivity: As Long as Doctors Judge Your Looks, Nothing Will Change
Newsletter Sign Up
Newsletter Sign Up