Kristen Bell Gets Real About Childbirth in Her New Web Series

A watermelon the size of a newborn has a starring role.

As a wife and mother of two, actress Kristen Bell has never been shy about dishing on the realities of domestic life. Now she has her own show, which focusing on giving birth and becoming a mom—and based on the hilarious first episode, it's a must-see.

Momsplaining with Kristen Bell is the latest web series from Ellen DeGeneres’s Ellentube. In the six-episode show, Bell gives viewers an uncensored look at what pregnant women and new moms can expect, from Lamaze class to what it's like delivering a watermelon-size baby to the ins and outs of kid birthday parties.

“I’m super excited today because I’m gonna to spend the day with a first-time expectant mama,” Bell says in the first episode. “And there’s a lot of information to receive, you know, and it’s weird. She’s gonna s--t her pants today. I’m just kidding...she’ll do that on the delivery table!”

Bell and Rya, the real-life mom in the episode, attend a Lamaze class. They also stop in to see Bell’s ob-gyn, who spills the beans on childbirth and the recovery process. (“It’s gonna look like an autopsy,” Bell assures the expecting mom.)

Bell’s Bad Moms costar Kathryn Hahn joins the duo for a lunch outing that gets, well, out of hand. In an Instagram post, Bell shared a teaser from the hilarious scene.

“Child birth can be a crime scene—and parenting isn't much easier,” she wrote. “And yet, it's still my VERY favorite thing I've ever done on on earth. I thought there should be a bit more real talk surrounding the subject, so I made a show with @ellentube to help real mom's get real information, and hopefully make them laugh along the way.”

Later in the episode, Bell uses a hairband and a watermelon to demo exactly what will happen during delivery. “This is your vagina,” she says, holding up the rubber band. “And this is what happens.” Maneuvering it through the tiny band, Bell “pushes” the watermelon until it snaps.

“And if it does, they can stitch you up,” Bell replies.

To find out what no one will tell you about motherhood except Bell in her own open-book way, visit Ellentube every Friday for a new episode of Momsplaining.

Bebe Rexha on Dating in the Spotlight and Defining Her Sexuality: 'I Consider Myself Fluid'
The Apple Watch Has a New Feature That Will Inspire You to Walk More—These Are My Feelings After Trying It 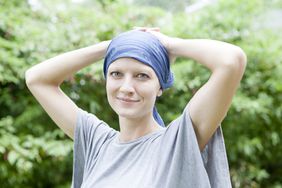 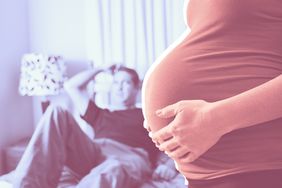