The vinegar might be able to help with a few common conditions.

Cynthia Sass, MPH, RD
Cynthia Sass is a nutritionist and registered dietitian with master's degrees in both nutrition science and public health. Frequently seen on national TV, she's Health's contributing nutrition editor and counsels clients one-on-one through her virtual private practice. Cynthia is board certified as a specialist in sports dietetics and has consulted for five professional sports teams, including five seasons with the New York Yankees. She is currently the nutrition consultant for UCLA's Executive Health program. Sass is also a three-time New York Times best-selling author and Certified Plant Based Professional Cook. Connect with her on Instagram and Facebook, or visit www.CynthiaSass.com.
health's editorial guidelines
Medically reviewed by
Elizabeth Barnes, RDN

Apple cider vinegar is made by fermenting the juice of crushed apples. The vinegar can be used for a variety of purposes, including in cooking and as a household cleaner. Apple cider vinegar may also be helpful in managing certain conditions.

These potential benefits are based on limited research, though. Because of this, you should talk with a healthcare provider about using apple cider vinegar for the management of any condition.

Apple cider vinegar has been studied more extensively in animals and isolated cells than in humans. While human studies on the health benefits of apple cider vinegar are limited, existing research does appear promising.

May Help With Weight Management

Consuming apple cider vinegar might help in managing your weight.

For one small study, 39 people were told to cut 250 calories per day for 12 weeks. Some of these people only cut the calories; some were told to also add one ounce of apple cider vinegar daily.

Compared to those who didn’t have the vinegar, people who used apple cider vinegar experienced significant reductions in:

In another study, people with obesity were randomly assigned to drink a beverage that contained a half ounce of vinegar, an ounce of vinegar, or no vinegar every day for 12 weeks. Both vinegar groups experienced reductions in body weight, BMI, visceral fat, and waist measurements.

May Aid in Managing Type 2 Diabetes

Apple cider vinegar might help with the management of type 2 diabetes.

A study involving 110 people with type 2 diabetes showed a positive effect on some diabetes measurements. During dinner for three months, the participants were given either a placebo or a half ounce of apple cider vinegar in about seven ounces of water.

Over that time, the group who had the vinegar with their water experienced significant reductions in fasting blood sugar and HbA1C.

Fasting blood sugar is the measurement of how much sugar is in your blood when you haven’t eaten a meal. HbA1C is a measure of blood sugar over the previous two to three months. High levels of either can indicate you have too much sugar in your blood, which can put you at increased risk for diabetes complications.

The group who didn’t have the vinegar experienced no changes in either of these measurements.

The half ounce of apple cider vinegar was also shown to reduce waist and hip measurements for those with type 2 diabetes—two factors that can help reduce disease risk.

Apple cider vinegar’s positive effect on fasting blood sugar and HbA1C among people with type 2 diabetes was also shown in a review of nine previous studies.

Apple cider vinegar may help with all these levels.

Research has shown that drinking one ounce of apple cider vinegar a day may lead to reductions in triglycerides and total cholesterol and increases in “good” HDL cholesterol.

One small study looked at 19 people with high cholesterol and/or high triglyceride levels who were not being treated for these conditions. The participants were asked not to change their diet or exercise programs but to add an ounce of apple cider vinegar twice per day for eight weeks. The group experienced reductions in total cholesterol, “bad” LDL cholesterol, and triglycerides.

May Improve Symptoms of Varicose Veins

One study showed that people who applied apple cider vinegar to varicose veins on their legs—in addition to following the regular treatment their healthcare provider was giving them—had decreased pain; anxiety levels associated with the veins' appearance; and symptoms, such as cramps, swelling, and itching.

While the study participants had no side effects, applying apple cider vinegar to the skin can potentially be unsafe since the vinegar might cause chemical burns for some people.

Apple cider vinegar does not contain significant amounts of vitamins and minerals in the portions used in recipes or in the portions used as dietary additives to help manage conditions. However, apple cider vinegar is known to contain antioxidants, namely phenolic compounds, which fight inflammation and have been shown to protect cells from damage that leads to disease.

All types of vinegar contain acetic acid, a byproduct of fermentation. Acetic acid is what gives apple cider vinegar its strong, sour aroma and flavor.

Acetic acid also has antifungal and antibacterial properties, which makes the vinegar a natural disinfectant. People may use the vinegar in cleaning their house, for example. Research has shown that apple cider vinegar can help fight against Escherichia coli (E. coli), Staphylococcus aureus (staph), and Candida albicans (a type of yeast).

When used to help manage conditions, apple cider vinegar appears to be safe in the short term. However, it may be unsafe when used in large amounts or in the long term.

Apple cider vinegar can also interact with some medications and dietary supplements, including diabetic drugs, diuretics, and several herbs.

There isn't enough reliable information to know if apple cider vinegar is safe to use medicinally when pregnant or breastfeeding, so experts advise only using it as a food during these times.

As a condiment or ingredient, apple cider vinegar can be added to salad dressings, marinades, pickled vegetables, soups, tea, smoothies, and even baked goods.

Speak to a healthcare provider about drinking apple cider vinegar for condition-based purposes. If they say it’s OK to use, they might recommend that you mix the vinegar with water, as undiluted apple cider vinegar can harm the esophagus and tooth enamel.

You’ll need to ask how much vinegar to mix, as well. Many studies have looked at the efficacy of anywhere from a half of an ounce to one ounce. Using too much might be harmful. One study found that taking two tablespoons of vinegar in a cup of water twice per day did increase tooth erosion by 18% over an eight-week period.

Also speak to a healthcare provider about using apple cider vinegar directly on your skin.

It’s safe to use apple cider vinegar in cooking. But because the use of apple cider vinegar as a medicine does carry risks, such as dental erosion, low potassium, and medication or supplement interactions, it’s important to talk with your healthcare provider before using it to prevent, manage, or treat a medical condition. 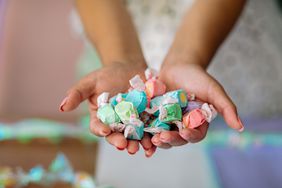 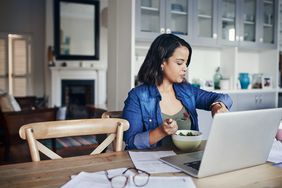 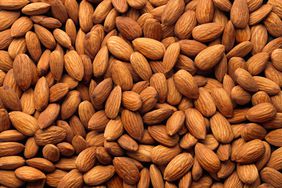