Your genes affect when gray hair first appears, but smoking, stress, and other factors can play a role.

Most people don't expect to start seeing gray hair until later in adulthood. However, there may be some contributing factors, like being stressed or having certain health conditions, that can cause people to go gray earlier than they otherwise would—as young as in their 20s.

Our hair color is determined by a pigment called melanin, but as we get older, our bodies start producing less melanin, which results in gray hair. People often first notice this in their 30s, but it varies by genetic background, according to MedlinePlus. White people tend to do so earlier than Black people, for example. Your family history also plays a role.

Below, Marie Jhin, MD, a board-certified dermatologist and director of Premier Dermatology in San Francisco, explained more about the reasons people might go gray in their 20s.

One of the primary causes for a person to end up with gray hair in their 20s is genetics. The authors of a May 2022 study published in the Journal of Kerman University of Medical Sciences indicated that certain genes and traits are responsible for the occurrence of premature gray hair. They also noted that individuals who prematurely developed gray hair were three to five times more likely to do so if their parents had done the same before turning 30.

Experts have debated the connection between stress and gray hair, but some research does show a link. In a small 2021 study published in eLife, researchers compared subjects' hair samples with journals in which they reported stressful events. Gray hair was linked to stressful periods, and pigmentation was linked to periods with less stress. There is also plenty of anecdotal evidence, said Dr. Jhin.

Certain conditions can either cause gray hair or make it look more noticeable. Alopecia areata is a condition that causes patches of hair loss. The hair loss itself is the actual symptom, but gray hairs may remain in areas where hair has been lost, according to the American Academy of Dermatology (AAD). Vitiligo, a condition that causes patches of skin to lose pigment, can also result in gray or white hair, according to the National Institute of Arthritis and Musculoskeletal and Skin Diseases.

Having lower levels of vitamins and minerals can be associated with getting gray hair prematurely, according to a Cosmoderma article published in December 2021. The study noted that a lack of calcium, copper, ferritin, and zinc could lead to early gray hair. Another possibility is a vitamin B12 deficiency, Dr. Jhin said. There is the potential for low levels of folate and selenium to cause premature gray hair as well, per a March 2019 Dermatology and Therapy article.

"Smoking is one of the worst things you can do for your skin and hair," said Dr. Jihn. In fact, a 2021 review article in Skin Appendage Disorders showed an association between cigarette smoking and the onset of gray hair before age 30. "If you look at smokers, you can see the wrinkles in their skin," Dr. Jin said. "You may not be able to see wrinkles on the scalp, but it's still affecting all the follicles."

What To Do About Premature Gray Hair

Dr. Jihn emphasized that most of the factors above have much less of an impact on your hair color than your genes. "But if you notice you're getting premature graying and it doesn't run in your family," Dr. Jihn said, "then you should see your doctor to check if your thyroid is okay, your vitamin levels are fine, and that you don't have anemia."

If there's not a genetic or medical component to why your premature gray hair exists, lifestyle and diet changes have the potential to help. Making sure your diet contains the vitamins and minerals that may be causing the gray hair could slow down how frequently the gray hair appears. Additionally, engaging in stress-relieving activities may be beneficial not just for premature gray hair but for your general well-being as well.

However, if your gray hair is simply a function of genetics, you have the choice to embrace the gray in your 20s or change up your hair color—as long as you're not allergic to any hair dyes—until you're fine with having salt and pepper strands. 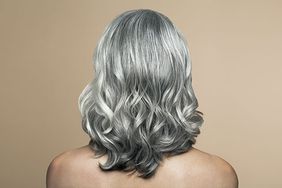 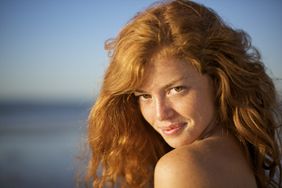 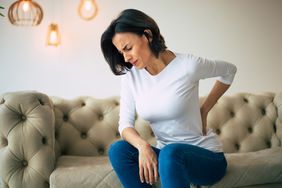 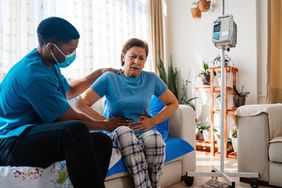