Botox isn't for everyone, but the effect it's had on my self-esteem has been life-changing.

Growing up I struggled with low self-esteem and spent a lot of money on makeup to mask what I disliked about my face—uneven skin tone, sparse brows, and severe cystic acne. In my early 20s, I became particularly unhappy with two newly-formed (but still deep-set) lines on my forehead, which ended up caked with the makeup I'd apply to cover them up.

Looking back, I'm embarrassed that I once let myself get so worked up over these so-called imperfections. And I realize now that some of my insecurity was tied to anxiety and depression. But at the time, I was so unhappy with these "flaws" that I felt uncomfortable looking in mirrors and would blow off social engagements if I didn't think I looked good enough to attend. When I did see friends, I was often so stressed about my appearance that I could barely enjoy myself.

Around this time, I began to research Botox. I read before-and-after stories on online message boards and spoke to family members who had given it a shot (no pun intended), including some who went for the treatment regularly. And finally, after a long talk with my mom about the pros and cons, I decided to try the procedure once, to see if it was for me.

After finding a doctor I felt comfortable with, I made an appointment to have 15 units of Botox injected into my forehead (the glabella), an area better known as the "elevens," or two frown lines between the eyes. Hearing the first "crunch" of the needle breaking into my skin was a little bit scary. But after the lightheadedness passed, I didn't feel any pain or discomfort. The procedure I had spent months researching was over in less than five minutes, and I left the doctor's office with a red forehead, eager for the results to kick in.

After the redness disappeared about 20 minutes later, I was left with smooth skin and a line-free forehead. The change was subtle, but it made a world of difference to my self-esteem. I was more confident in my appearance, and no longer felt like I needed to tote a makeup bag full of products and brushes everywhere I went. And to my surprise, my face didn't feel "frozen," or look unnatural the way I had seen post-Botox patients portrayed on TV. My face felt exactly the same.

According to Jeanine Downie, MD, a New Jersey-based dermatologist, I'm not the only young fan of the procedure. "Many of my patients start getting preventative Botox in their early 20s," she says. People who have had sun damage often ask about Botox, she adds, along with those who want to erase early frown lines. "I explain to patients that Botox is perfect for prevention because if you never get a deep line, you will never get a deep crease there."

Botox isn't cheap—my session cost about $300—but the results lasted for a full eight months. When my frown lines did return, I booked a second appointment. (That one I documented with the photos above). Like the first time, I was pleased with the results and happy to have access to such a quick treatment that made me feel better about my skin.

6 Ways to Prevent Wrinkles While You Sleep

I'm not saying that Botox is for everyone. And I don't think it's necessary to "fix" perceived flaws. I realize that some people may judge me for undergoing a cosmetic procedure like this at such a young age. But I don't regret my decision to make a change for the sake of my happiness. As someone who has struggled throughout her life to face the mirror, Botox has helped me finally stop obsessing over my appearance, and feel more comfortable in my skin. 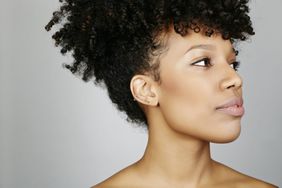 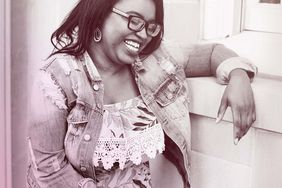