Alzheimer’s disease is a progressive neurological (brain) disease that leads to dementia, which is the loss of cognitive functions such as memory, thinking, and reasoning. It’s most common in people ages 65 or older; in fact, age is the biggest known risk factor for Alzheimer’s.

Aging itself does not cause Alzheimer’s. Complex brain changes can begin years or even decades before you begin any symptoms. Researchers believe a combination of genetics plus lifestyle and environmental factors leads to the development of this condition.

There are two types of Alzheimer’s: late-onset and early-onset. People with late-onset disease get symptoms at ages 65 or older. It’s by far the most common type of AD. Less than 10% of people with Alzheimer’s have early-onset, developing symptoms between their 30s and mid-60s.

In the end, it’s still impossible to predict who will get Alzheimer’s. Researchers are actively studying risk factors and have come up with several theories for what brain changes cause the disease. Here’s what they’ve proposed so far.

Alzheimer’s results in a major loss of brain cells (neurons) and their connections (synapses), starting in the areas of the brain that control memory. As damage spreads throughout the brain, more cognitive and physical abilities are affected. This causes the brain to physically shrink.

There are two main hypotheses for the development of Alzheimer’s: cholinergic and amyloid.

The cholinergic hypothesis is the earliest explanation of Alzheimer’s. Cholinergic neurons throughout the brain play an important role in cognition (learning and understanding). People with Alzheimer’s disease show a severe loss of cholinergic neurons and a deficiency of acetylcholine (ACh)—a brain chemical messenger that is important for learning, memory, and other functions.

The only approved medications for Alzheimer’s help maintain the level of ACh in the brain. These drugs can temporarily slow down cognitive symptoms, but they don’t prevent long-term brain damage.

For many years, researchers believed that abnormally high levels of beta-amyloid (a protein that surrounds the nerve cells) formed amyloid plaques in the brain. It is thought that these plaques are what contribute to the cognitive loss associated with Alzheimer’s. The beta-amyloid theory was based on an influential 2006 paper published in the journal Nature.

However, medications targeting the toxic protein did not improve Alzheimer’s symptoms. Additionally, researchers found that amyloid plaques can also be found in healthy brains as they age.

Then, in July 2022, a Science magazine report cast doubt on this major hypothesis. One neuroscientist found that the images in the 2006 study were altered. Since then, researchers have approached the beta-amyloid theory with caution.

In November 2022, results from the clinical trial of a medication called lecanemab showed some renewed support for the role of beta-amyloid in Alzheimer’s development. Lecanemab reduced the amount of amyloid in participants’ brains, resulting in a moderate improvement of symptoms after 18 months.

More research and trials are necessary to confirm the now-debated theory. Investigators are also looking into new explanations for neuron loss as well.

About 70% of Alzheimer’s cases are related to genetic factors. But the genetics of late-onset Alzheimer’s is less clear: It doesn’t seem to run in families.

The gene that can affect your risk of late-onset Alzheimer’s the most is apolipoprotein E (APOE). Everyone has some form (or variant) of APOE in their DNA. However, you’re more likely to develop the disease if you inherit the ɛ4 variant. On the other hand, having the relatively rare APOE ε2 variant can actually help protect you from Alzheimer’s.

Who Gets Alzheimer’s Disease?

Some people are more likely to develop Alzheimer’s than others. Factors that can contribute to risk include:

While the cause of Alzheimer’s disease is unknown, researchers have identified different conditions, injuries, and other circumstances that can also contribute to the development of Alzheimer’s.

These conditions include high blood pressure (hypertension), heart disease, and stroke. Issues with blood vessels (for example, because of heart failure) can affect the blood supply to the brain, which can lead to brain inflammation and eventually Alzheimer’s.

Depression can raise your risk of Alzheimer’s. Antidepressant treatment may reduce this risk, but there aren’t enough studies to say for sure.

Depression can also be an early sign of Alzheimer’s, as dementia can cause similar mood symptoms.

Social isolation means lacking social interaction. Loneliness is different—it’s feeling alone or separated, which can happen even when you’re around other people. Both are risk factors for Alzheimer’s disease.

Fortunately, getting back into social activities can protect you. You can improve your mood, cognition, and overall well-being by talking to others or volunteering.

TBI happens when you experience a blow or jolt to the head. A history of TBIs (for example, in people who play sports) can increase the risk of Alzheimer’s. This is especially true for severe injuries, but even mild TBI (like a concussion) can have a long-term impact.

Heavy alcohol use is associated with changes in the brain and cognitive decline, though there’s not enough evidence to say that it causes these issues. This doesn’t mean you have to quit alcohol entirely—light to moderate drinking in middle to late adulthood has been shown to decrease the risk of cognitive decline and dementia.

People who’ve never smoked or have quit smoking long-term may have a lower risk of developing Alzheimer’s. If you don’t stop smoking completely, decreasing the habit can still reduce your risk.

Secondhand smoke can also increase your chance of developing Alzheimer’s—especially if you’re exposed at home.

Alzheimer’s is associated with hearing loss, but researchers don’t know why, or if one condition causes the other. A major hypothesis is that hearing impairment may lead to social isolation, which is a risk factor for Alzheimer’s. Another hypothesis is that people with hearing loss require more cognitive resources in order to process sounds, which leaves fewer resources for other cognitive functions.

Higher levels of tiny particulate matter are associated with higher rates of Alzheimer’s. This matter (PM 2.5) is pollution from sources like power plants, construction sites, and fires.

Being active reduces your risk of Alzheimer’s (and all other causes of dementia). One 2022 review considered studies that followed participants for at least 20 years and found that physical activity could help protect against Alzheimer’s long-term.

Just like physical activity is important, staying mentally active—especially before age 20—can help protect you from Alzheimer’s. Studies have shown that higher education can reduce your risk of dementia, but so can other cognitively stimulating activities like reading, speaking a second language, and playing music. Having a mentally challenging job can also help.

Alzheimer’s results in the loss of cognitive functions like memory and thinking, typically in people aged 65 or older. Researchers don’t yet know how Alzheimer’s develops, though it’s likely because of a combination of genetic and environmental factors.

Age is the biggest risk factor for Alzheimer’s. Other known risks include heart disease, brain injury, and low mental or physical activity. New studies are including demographically diverse populations to better understand who gets Alzheimer’s, but there’s no way to predict exactly who will develop it at this time.

It can be scary to live with a disease that doesn’t have a known cause but remember: Alzheimer’s research is always ongoing. A healthcare provider can help explain what to expect if you or a loved one are diagnosed.

How to Tell the Difference Between Normal Age-Related Memory Changes and Dementia
Was this page helpful? 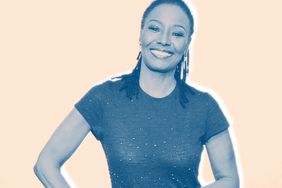